The Strongest Woman in the Universe

Gene and crew are called back to Haiphong by Fred Lou who has a favor to ask of Gene, it seems that Fred is supposed to get married, and the Lou family tradition is that the women they marry must be strong in spirit. The girl Fred is supposed to marry does want to marry him. But he is not ready to marry her. In fact Fred made a deal with her that if she wins the “”Strongest Woman in the Universe”” title five times, he would marry her. And she has won four times in a row, which means one more win and Fred is as good as hitched. Fred Begs Gene to do what ever he can, just as long as he stops her from winning a fifth time. Fred asks Suzuka and Aisha but Suzuka is not interested and Aisha can’t fight because of a past disaster involving a Ctral Ctral fighter. Which forces Gene to enter the contest himself as “”Jenny”” he gets his butt kicked in the first round. But luckily Aisha, offended that she can’t fight, kidnaps one of the other fighters and takes her place. However she not the only Ctra 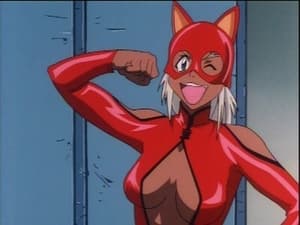