The group run into trouble with the military police who suspects them of being pirates. While Gene has to put up with the tough alien official named Droz. The pirates they were fighting earlier launch a trap within MP’s base! Can our heroes escape and help out the under siege base in between? 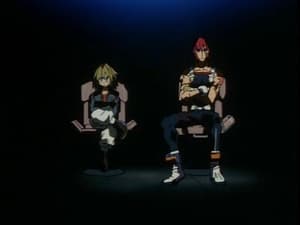