With a robot blocking there path, our heroes are in a pretty tight situation. Gene take out his blaster and fires…paint balls at the machine. With it’s view askewed (no pun intended, Kevin Smith fans), the driver come out to deal with them only to get tasered by Hilda. After finding out some info on who sent them, Hilda decides its time to leave. The two round up Jim and Melfina and blast off only to be pursued by the same bunch of crooks in their spaceships. If that wasn’t bad enough, a ship filled with Ctral Ctral (species of humanlike cat creatures), lead by Asiha Clan Clan, is in front them refusing to move since they claim to have the right of way. Hilda plays chicken with them and just barely manages to get past their ship and into sub-ether (a form of hyperdrive), leaving the crooks to be dealt with by Asiha. Gene takes the break in action to try to find out more about the LeiyLine, the MacDougal Bros. (the one who sent the crooks after them) and how its all involved from Hild 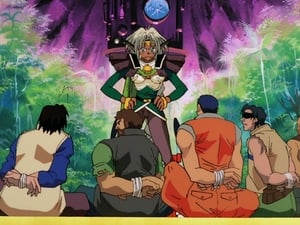 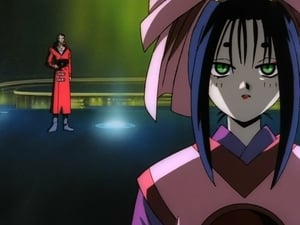